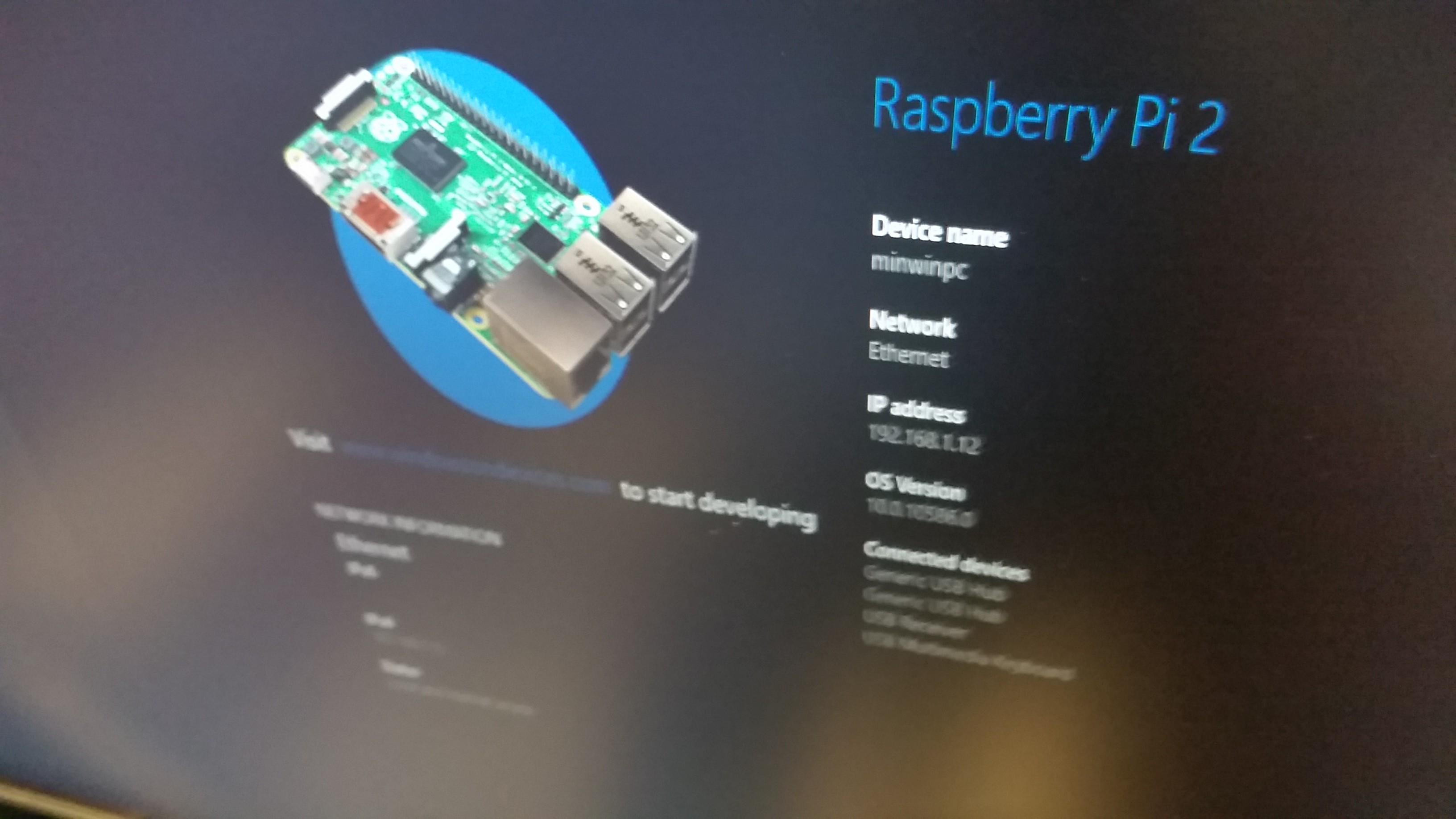 I found setting up Windows IoT Core on a raspberry pi 2 was incredibly simple.
Here are the steps you will go through to get it up and running.

Download the ISO that has everything you need including the tool to flash your SD card.
https://ms-iot.github.io/content/en-US/Downloads.htm Once downloaded simply double click on the ISO
( Only if you are running windows 10, if not, sorry… google mounting an iso )
This will automatically mount the iso as a drive and you will have access to the msi installer.
The Image helper and the image will be installed, in my case at C:\Program Files (x86)\Microsoft IoT\

Next, place an SD card in your computer and run IoTCoreImageHelper.exe that is located in that folder.
Select the SD drive, in this case it was my J drive. Then select the image (flash.ffu) that is located at
C:\Program Files (x86)\Microsoft IoT\FFU\RaspberryPi2 and hit the Flash button. Now place the SD card in your raspberry pi 2 and hook it the pi up to a mouse, keyboard and HDMI and boot it up!

That is it! you are in. I have future blog posts coming soon on how to write applications to the windows 10 iot core on raspberry pi 2.

Quick note: the login for your IoT core is Username: Administrator and Password:p@ssw0rd
More on this later….

Checkout some projects that have been done with the IoT Core
https://dev.windows.com/en-us/iot